However, this shower can also be used for sanitising smaller number of people but the flow rates are higher and would be better suited for manual workers who have no qualm about getting damp and wetting their boots. For the first responders who performed the decontamination of sites, the coveralls and Class A hazmat suits are removed, containerised in special containers and then taken for full decontamination before being placed back into operation. 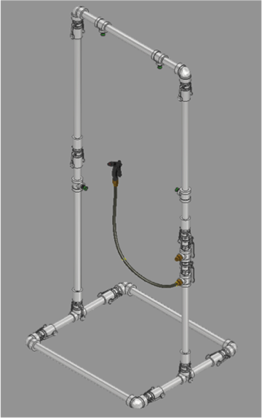 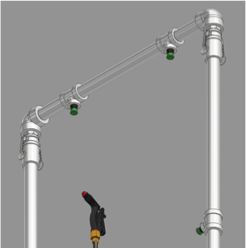